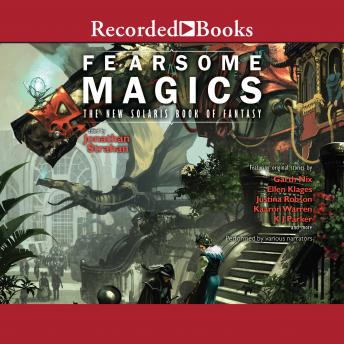 From sorcerous bridges that link worlds to the simple traditions of country folk; from the mysterious natures of twins to the dangerous powers of obligation and contract. Laden with perils for both the adventurous and the unsuspecting, magic is ultimately a contradiction: endlessly powerful but never without consequence, and rigidly defined by rules of its own making. Award-winning Jonathan Strahan brings together some of the most exciting and popular writers working in fantasy today to dig into that contradiction, and present you with the strange, the daunting, the mathematical, the unpredictable, the deceptive and above all the fearsome world of magic. Includes stories by Garth Nix, K J Parker, Tony Ballantyne, James Bradley, Isobelle Carmody, Frances Hardinge, Nina Kiriki Hoffman, Ellen Klages, Justina Robson, Christopher Rowe, Robert Shearman, Karin Tidbeck, Genevieve Valentine and Kaaron Warren.