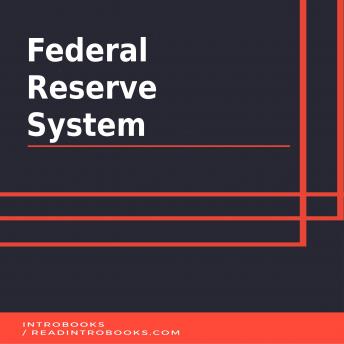 Prior to the establishment of the Federal Reserve System (FRS), the U.S. economy faced frequent panics, bank failures, and credit scarcity due to unstable banking and financial systems prevailing in the market. Additionally, due to the rapid industrialization the decentralized banking system became more unstable. Specifically, the financial and the economy panic encountered during 1907 forced the congress to establish a centralized bank "The Federal Reserve System". Congress passed the Reserve Act in the year 1913 to establish the FRS. The FRS is entitled to provide a safe, secure, and stable financial growth for the U.S.
As the FRS was created, the structure and functionalities of the central bank has evolved in phases. In the year 1935, the Fed's monetary policy making body called the Federal Open Market Committee (FOMC) was formed to address the financial depression of the country. Further, the monetary policy was revised from time-to-time to address the financial panics and the bank runs faced by the public. The monetary policy addressed the surging inflation faced by passing the Federal Reserve Reform Act of 1977. Later, the monetary policy was entitled to increase the employment rate by passing the Employment and Balanced Growth act in the year 1978, and it was decided that the FRS produced the finance report to the congress twice a year.
Following the severe financial crisis in the year 2007-2008, the U.S. congress passed the Wall Street Reform and Consumer Protection Act of 2010 to increase the transparency of the working of the FRS, extend the regulatory responsibilities, and increase the safety and security of the financial aspects by providing a new Consumer Financial Protection Bureau.
As the working of the FRS directly impacts the financial and economical condition of the country and the individuals, it becomes very important to understand the structure, functionalities, and working of the FRS.