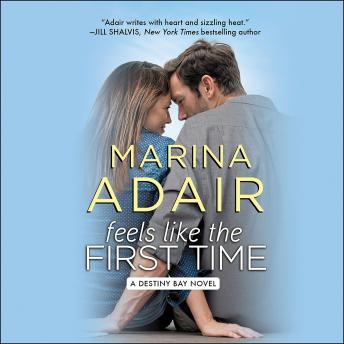 What's wrong with a little white lie? There are a lot of things Ali Marshal doesn't do: pink anything, a day without chocolate, and Hawk, her sister's ex-husband. Sure, he's a sexy former NHL star who can make her pulse pound with just a wink. But he belonged to Bridget first. And no matter how long she's had a crush on him, how great he's always been to her dad, or that her sister is engaged to someone else now and Ali needs a date to their engagement party, she can't give in to temptation. Can she? It's been years since his disastrous marriage crashed and burned, and Bradley Hawk has finally moved on. So when Bridget blows back into town with her new fiancé, throwing the engagement party of the year, he could care less . . . until Ali tells one little lie that lands him smack dab in a fake relationship. After one promise to be Ali's date and two of the hottest kisses he's ever had, Hawk can't deny how much he wants her. But what happens when this fauxmance starts to feel very, very real?