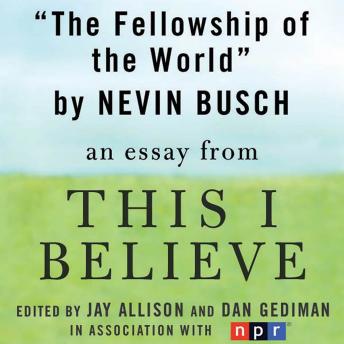 The Fellowship of the World: A 'This I Believe' Essay

In this essay originally aired in the 1950s, novelist and screenwriter Niven Busch discusses faith, prayer, and subway rides in 'The Fellowship of the World', his contribution to NPR’s This I Believe series.