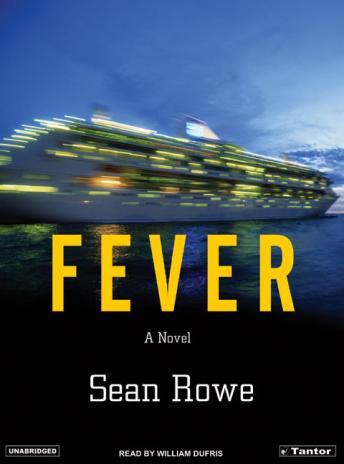 In this blisteringly fast debut thriller - James M. Cain meets Elmore Leonard - hijacking a cruise ship is just the first step in one man's sprint to deliverance - or destruction.

Matt 'Loose Cannon' Shannon is an ex-FBI agent turned security chief for the world's largest cruise line. It's a career move that owes more to personal weaknesses than to his fondness for the Miami sun. In the novel's explosive opening, Shannon's stepbrother, Jack Fontana, puts his back against the wall. At a waterfront reunion, Fontana gives Shannon what looks like a game controller - and before he knows what's he's done, Shannon has sunken a freighter in Miami's shipping lane, and his fingerprints are on the device that sent the signal. Only once he's cornered does Shannon learns his stepbrother's real plan - a cruise ship heist that could make enough money to last their lifetimes. Fever is the story of Shannon's race to unravel the deadly labyrinth he's trapped in. With the help of a mysterious woman and his own instincts, he might find the one path that could allow him to survive.

'Dufris, an award-winning narrator with more than 200 audiobooks to his credit, transforms much of this unabridged production of Rowe's striking debut fiction into riveting sequences that come close to simulating a full-cast recording.' - Publishers Weekly

'I read a lot of books, hoping for one like Fever to come along.
Sean Rowe does just about everything right - think Ocean's Eleven meets Carl Hiaasen, except Fever is better than that.' - James Patterson

'Fever is a rock-steady, hard-edged thriller, elevated by humor and genuine humanity. A notable debut from Sean Rowe.' - George Pelecanos