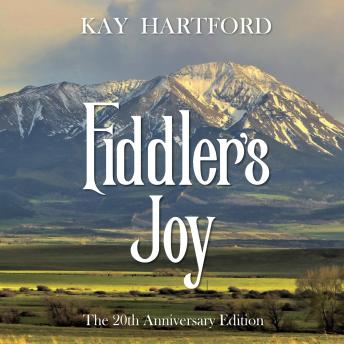 His brother or his father: Matthew Hobson has to choose, and his decision will change his life.
The year is 1910. Matthew is in college, struggling to follow his father, a fire-and-brimstone preacher, into the ministry. Matthew's brother Zack is pressuring him to come out west and share his Colorado ranch. The stress tears Matthew apart. Zack rescues him, and through an old fiddle and the help of his brother, Matthew finds his way. His story is a tribute to the strength of the human spirit and the power of love.
About the book
Fiddler's Joy is historical fiction based on the experiences of the author's grandfather as a college student at the beginning of the 20th century. The violin on the front cover of this edition was his.
This novel was first published in 1998 as Matthew Unstrung by Penguin's young adult imprint Dial Books. This new edition has been re-edited for its original intended adult audience and has expanded content and a new forward.
Praise for the 1998 edition (Matthew Unstrung, written as Kate Seago):
'This taut first novel takes a grim topic--the treatment of the mentally ill in 1910--and manages to transform it into a positive story of the bond between brothers and the slow but certain healing power of love. Anxious and eager to please his harsh clergyman father, dutiful Matthew toils away at a Nebraska Bible college, rebuffing his older brother Zack's invitation to come west to his Colorado ranch. ... Matthew's terror and depression mount--until he catastrophically breaks down and is abandoned by his parents. Some readers may find the description of Matthew's stay at a mental hospital an unnerving interlude of strait jackets, chokings, gruel and dank basements. But Matthew's rescue and Zack's subsequent patient hand in his recovery under the clear Colorado skies is both riveting and moving...' (Publishers Weekly starred review, April 1998)