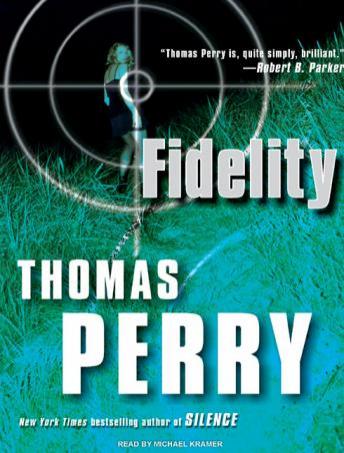 When Phil Kramer is shot dead on a deserted suburban street in the middle of the night, his wife, Emily, is left with an emptied bank account and a lot of questions. How could Phil leave her penniless? What was he going to do with the money? And, most of all, who was he if he wasn't the man she thought she married?

Jerry Hobart has some questions of his own. It's none of his business why he was hired to kill Phil Kramer. But now that he's been ordered to take out Kramer's widow, he figures there's a bigger secret at work-and maybe a bigger payoff.

As they race to find the secret Phil Kramer so masterfully hid, both Hobart and Emily must question where their true loyalties lie and how much they owe those who have been unfaithful to them. In Fidelity, Thomas Perry delivers another riveting thriller.