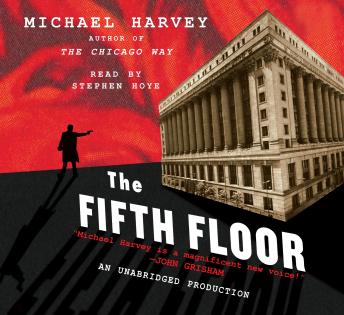 Michael Harvey’s sizzling follow-up to The Chicago Way (“A magnificent debut that should be read by all”—John Grisham; “This book heralds the arrival of a major new voice”—Michael Connelly) opens with a murder in contemporary Chicago and winds its way back to Mrs. O’Leary’s cow and the Great Chicago Fire of 1871.

When PI Michael Kelly is hired by an ex-flame to tail her abusive husband, he expects trouble of a domestic rather than a historical nature. Life, however, is not so simple. The tail leads Kelly to an old house on Chicago’s North Side. Inside it, the private investigator finds a body and, perhaps, the answer to one of Chicago’s most enduring mysteries: who started the Great Chicago Fire and why. The ensuing investigation takes Kelly to places he’d rather not go, specifically, City Hall’s fifth floor, where the mayor is feeling the heat and looking to play for keeps. Ultimately, Kelly finds himself in a world where nothing is quite what it seems, face-to-face with a killer bent on rewriting history and staring down demons from a past he never knew he had.

A fast-stepping, intricately woven narrative, rich with the history and atmosphere of a great city, The Fifth Floor is a worthy successor to Harvey’s critically acclaimed debut.

good yarn, enjoyed the story. Kept me hooked to the end.