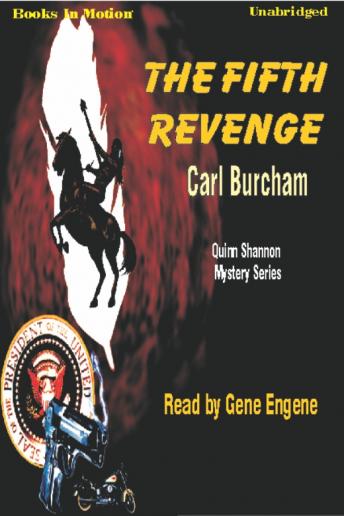 A descendant of Sitting Bull and Crazy Horse believes the five traits of the true warrior-passion, courage, heart, mind and body-are embodied in himself. He feels called to carry out long overdue vengeance against the white oppressors as part of the Creator\'s Grand Plan. While thousands of Native Americans gather in Washington D.C., the pinto riding Avenger brutally impales the Secretary of the Interior was a Sioux lance. The U.S. President Elizabeth Chamberlain calls upon local detective Quinn Shannon to solve the case. The Harley-riding beer-drinking cop, his partner Jess Shoenbloom and old Ben Soaring Eagle track the elusive Avenger, only to discover another shadowy assassin is already on the trail. It\'s a race against vengeance and death, and the count is rising.

This title is due for release on June 15, 2012
We'll send you an email as soon as it is available!