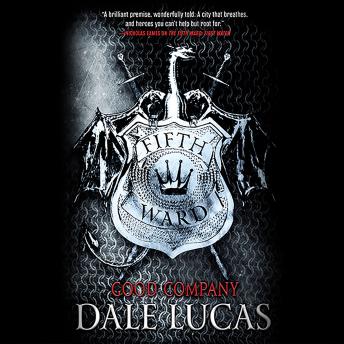 The third book in a rollicking fantasy series where the grit of grimdark meets a police procedural, and it's up to two watchmen to protect the streets of one of fantasy's most dangerous cities.
Yenara is a sprawling, dirty city. Filled to bursting with heroes questing, mages testing out spells, thieves around every corner, elves judging everyone, dwarves hating everyone, orcs fighting everyone, and humans being typical humans. Enter Rem and Torval: one a human, the other a dwarf, and both working as Watchwardens.
Now, they must escort a notorious thief through a dangerous forest to the nearby city from where the thief escaped. But the thief's companions are waiting, and the soldiers Rem and Torval travel with might not be so honorable.
For more from Dale Lucas, check out:
The Fifth WardFirst WatchFriendly FireGood Company