Fifty Grand: A Novel of Suspense 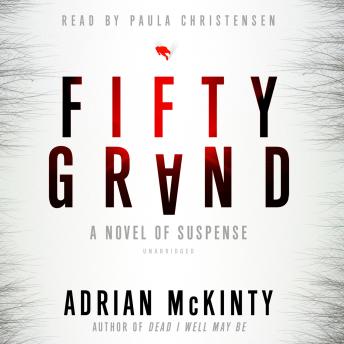 An illegal immigrant is killed in a hit-and-run on a frozen mountain road in the rich Hollywood resort town of Fairview, Colorado. No one is prosecuted for his death, and his case is quietly forgotten.

Six months later, posing as an illegal immigrant and working as a maid in Fairview, Havana police officer Detective Mercado begins to secretly investigate the shadowy collision that left her father dead. Who killed him? Was it one of the smooth-talking Hollywood types or a minion of the terrifying county sheriff? And why was her father, a celebrated defector to the United States, hiding in Colorado as the town ratcatcher?

In Fifty Grand, Adrian McKinty’s live-wire prose crackles with intensity as we follow Mercado through the emotion and violence that lead to a final, shocking confrontation.

Fifty Grand: A Novel of Suspense