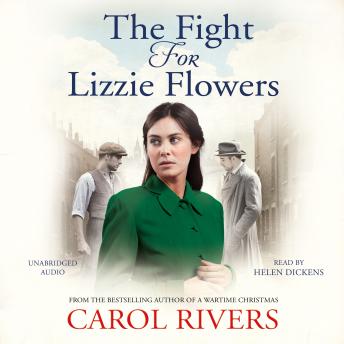 The Fight for Lizzie Flowers

Lizzie Flowers has had a hard life but she is still full of true East End grit. In the bleak years after World War I her family faced desperate times and deep tensions split them apart, but when barrow-boy Danny Flowers asked her to leave for a better life in Australia, she stayed true to her family's roots. She married Danny's brother Frank instead, a decision she came to bitterly regret.

It is Frank's death, and her great success running the Flowers greengrocer's, that gives Lizzie independence at last. She has plans to expand the business. She has the East End community around her. And Danny has come back to marry her at last.

But as their wedding day dawns, an unwelcome guest arrives and Lizzie's life will never be the same again.