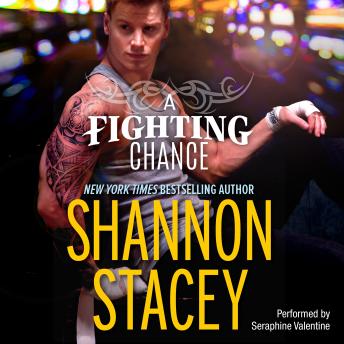 All work and no play makes Adeline Kendrick a dull girl, so when she heads to a casino resort for a friend's bachelorette weekend, she's ready to have a good time. Until she runs into Brendan Quinn, professional fighter and the one who got away—the one her family drove away—and things take a turn for the interesting.

Running into his ex won't shake Brendan. Even if it brings up the old pain of loving her when she was only slumming. Even if she looks really good. In fact, what better way to get over the past than to take advantage of the still-sizzling chemistry running hot between them? He's there to win an MMA fight, but he won't say no to a little physical relief of a different kind.

But when the weekend is over, Adeline isn't ready to give up her second chance that easily. Brendan is still the one for her, no matter what her family thinks. Now, if only she can convince him of that…