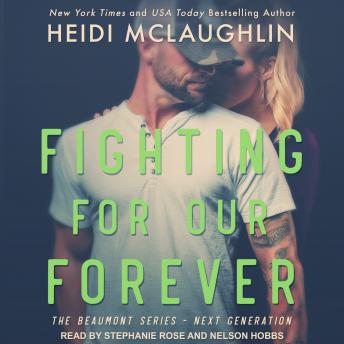 Fighting For Our Forever

#4 of Beaumont Series: Next Generation

The members of Sinful Distraction are living their best life as they travel around the country on the heels of 4225 West's sold-out tour. Unfortunately for drummer, Ajay Ballard, that means a stop at the county jail after he's arrested for an outstanding warrant-one he didn't even know about. With an overzealous judge, Ajay's forced to hang out in his hometown longer than anticipated.

While the town folk aren't exactly rolling out the red carpet for him, Quinn, Elle, and the rest of Sinful Distraction are warmly welcomed into the fold.

Some never get over their first love while some just can't erase the memories. Jameson Foster falls somewhere in the middle. She's done her best to let the past stay in the past . . . until she's forced to save the one man who ruined her.