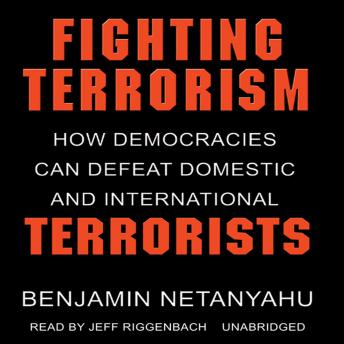 Fighting Terrorism: How Democracies Can Defeat Domestic and International Terrorism

The terrorist attacks on September 11, 2001 raise grave questions. Where did this rising tide of terror come from? Is it here to stay? And how can it be fought?
In this newly revised edition of Fighting Terrorism, Benjamin Netanyahu, the leader of Israel’s Likud Party and a noted authority on international terrorism, explores the old and new terrorist threats. Citing diverse examples, Netanyahu demonstrates that domestic terrorist groups are usually no match for an advanced technological society. But he sees a potent threat in the new international terrorism that emerged in the 1900s and is increasingly the product of Islamic militants. Netanyahu concludes by suggesting how democracies can defend themselves against this new threat.

Fighting Terrorism: How Democracies Can Defeat Domestic and International Terrorism