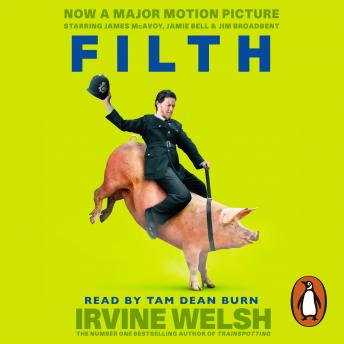 With the festive season almost upon him, Detective Sergeant Bruce Robertson is winding down at work and gearing up socially - kicking off Christmas with a week of sex and drugs in Amsterdam. There are irritating flies in the ointment, though, including a missing wife, a nagging cocaine habit, a dramatic deterioration in his genital health, a string of increasingly demanding extra-marital affairs. The last thing he needs is a messy murder to solve. Still it will mean plenty of overtime, a chance to stitch up some collegues and finally clinch the promotion he craves. But as Bruce spirals through the lower reaches of degradation and evil, he encounters opposition - in the form of truth and ethical concience - from the most unexpected quarter of all: his anus. In Bruce Robertson, Welsh has created one of the most corrupt, misanthropic characters in contemporary fiction , and has writt en a dark, disturbing and very funny novel about sleaze, power, and the abuse of everything. At last, a novel that lives up to its name.