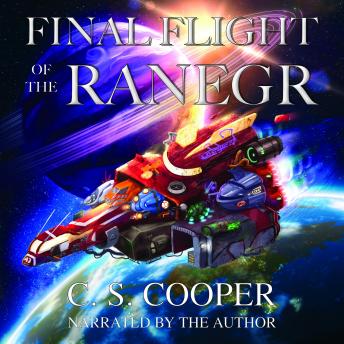 Final Flight of the Ranegr

A deepening crisis aboard a deep-space colonisation vessel has forced most of its crew to evacuate to the nearest planet. During the evacuation, a ship, carrying three young friends to safety, malfunctions and strands them in interstellar space. It's not long before the Ranegr - a drifting ship of outlaws - salvages their derelict pod. Put to work in the reactor core by a captain with conquest on his mind, and stalked by bizarre creatures in the shadows, the children's bid to escape and return home is just one thread in a web of ambition and clashing desires, bringing them ever nearer to an ancient mystery lurking in the cosmos.

Final Flight of the Ranegr

This title is due for release on June 16, 2019
We'll send you an email as soon as it is available!