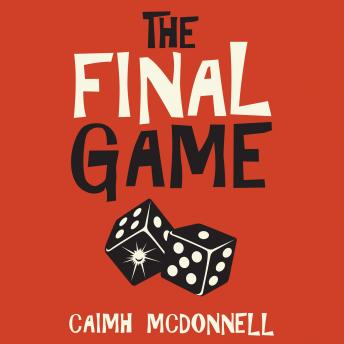 She may be dead, but the game has only just begun.

Dorothy Graham is dead, which is inconvenient, not least for her. Luckily, she has planned for this eventuality. Now, if any of the truly dreadful people she is related to want to get their hands on her money, they’re going to have to do so via a fiendish difficult and frankly bizarre competition of Dorothy’s devising. After all, just because you’re dead, it doesn’t mean you can’t enjoy a last laugh at the expense of people who made your life miserable.

Paul Mulchrone, to his unending credit, is neither related to Dorothy or happy that she is dead; What he is however is a contestant in this competition whether he likes it or not, which he definitely doesn’t. He and his off-again on-again girlfriend, the formidable Brigit, are supposed to be running MCM Investigations, a detective agency. Instead, they have to go into battle against Dorothy’s bloodsucking relatives. As if that wasn’t enough, they get hired by the aforementioned dead woman to find out who killed her.

DI Jimmy Stewart is enjoying his retirement – in the sense that he definitely isn’t. He is bored out of his mind. When the offer comes to get back into the crime solving business, it is too good to turn down. But when he finds himself teamed up with the nephew of a man he threw in prison, and a flatulent dog, he starts to think that taking up lawn bowls wouldn't be such a bad idea after all.

The Final Game is a standalone crime novel perfect for readers new to Caimh McDonnell’s blackly comic take on his hometown, as featured in the international bestselling Dublin Trilogy books. His previous works have been optioned for TV and nominated for awards, which they somehow keep managing not to win.

This title is due for release on April 17, 2020
We'll send you an email as soon as it is available!