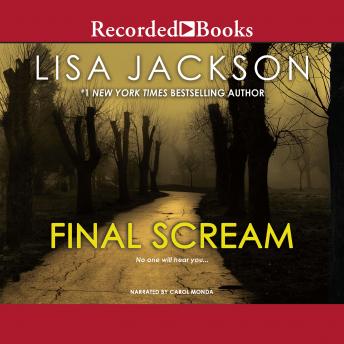 New York Times best-selling author Lisa Jackson crafts the breathtaking tale of a woman haunted by disaster, unable to escape the ghosts of her past. When she was only 16, Cassidy Buchanan fell for the 19-year-old bad boy in town, Brig McKenzie-who'd had his share of run-ins with both the law and the local women. Then a terrible fire killed Cassidy's sister, and Brig was the chief suspect. Seventeen years later, an eerily similar fire seriously injures Cassidy's husband Chase, who happens to be Brig's brother. With the earlier fire still an open case, suspicion turns to Cassidy, the only person connected to both tragedies.

only got to Chapter 1. just can't do it.