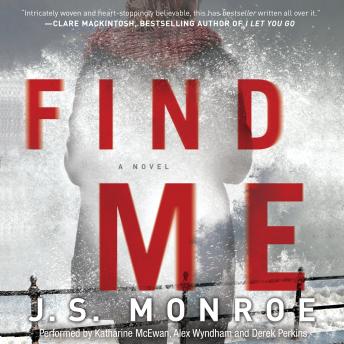 A sighting of a woman who supposedly died years ago sparks a desperate search for the truth in this breakout suspense thriller, perfect for readers of The Good Girl and The Widow.

Sometimes we choose to see only what we want. Sometimes what we see changes the way we look at everything…

Jarlath "Jar" Costello's girlfriend, Rosa, committed suicide when they were both students at Cambridge, and Jar has thought about her every day since. It's been five years, yet Jar is still obsessed with the idea that Rosa, the one true love of his life, is alive. He's tormented by disturbingly real sightings of her—experiences the psychologist treating him describes as "post-bereavement hallucinations."

When Jar receives a message from Rosa's aunt telling him that she's found Rosa's diary, he embarks on a frantic quest to finally make sense of the highly suspicious circumstances surrounding her death. But the deeper he digs, the more confused he becomes as he is pressed into a dark underworld where nothing is as it seems and no one can be trusted. When a startling discovery convinces him more than ever that these are not just hallucinations—that Rosa really is alive—Jar is thrust into the heart of a larger intrigue that may finally shed some light on Rosa's death…even as it dangerously threatens his own life.