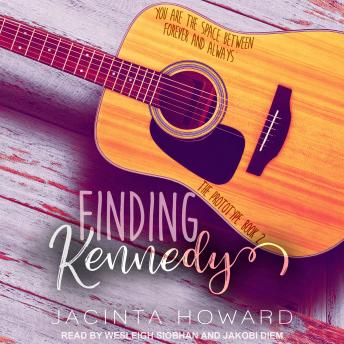 When Kennedy James unexpectedly shows up at her grandma's house in Tyler, Texas, no one knows what to make of her arrival-including her. The only thing Kennedy does know is that something in her life has to change, and it needs to happen right now. She's been numb for much too long.

Then she meets Travis Broussard, the perceptively cool guitarist of the indie soul band The Prototype. The timing couldn't be worse, but their attraction is instant, magnetic, and at times overwhelming, causing Kennedy to question if it's possible to feel too much.

As Kennedy attempts to embark on a new path, she finds herself at a crossroads. But if she chooses to follow her heart, is she prepared to deal with what she might find?