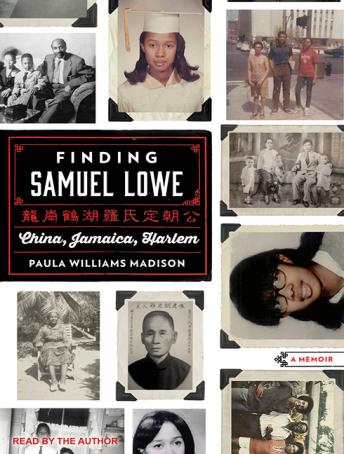 Thanks to her spiteful, jealous Jamaican mother, Nell Vera Lowe was cut off from her Chinese father, Samuel, when she was just a baby, after he announced that he was taking a Chinese bride. By the time Nell was old enough to travel to her father's shop in St. Anne's Bay, he'd taken his family back to China, never learning what became of his eldest daughter. Bereft, Nell left Jamaica for New York to start a new life. But her Asian features set her apart from her Harlem neighbors and even her own children-a difference that contributed to her feeling of loneliness and loss, which she instilled in her only daughter, Paula.

Years later, with a successful corporate career behind her and the arrival of her only grandchild raising questions about family and legacy, Paula decided to search for Samuel Lowe's descendants in China. With the support of her brothers and the help of encouraging strangers, Paula eventually pieced together the full story of her grandfather's life, following his story from China to Jamaica and back and connecting with 300 surprised relatives who were overjoyed to meet her.