Finding Winnie: The True Story of the World's Most Famous Bear 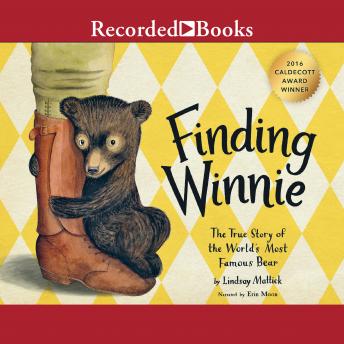 Before Winnie-the-Pooh, there was a real bear named Winnie. And she was a girl! In 1914, Harry Colebourn, a veterinarian on his way to tend horses in World War I, followed his heart and rescued a baby bear. He named her Winnie, after his hometown of Winnipeg, and he took the bear to war. Harry Colebourn's real-life great-granddaughter tells the true story of a remarkable friendship and an even more remarkable journey--from the fields of Canada to a convoy across the ocean to an army base in England... And finally to the London Zoo, where Winnie made another new friend: a real boy named Christopher Robin. Here is the remarkable true story of the bear who inspired Winnie-the-Pooh.

Finding Winnie: The True Story of the World's Most Famous Bear

This title is due for release on February 26, 2016
We'll send you an email as soon as it is available!