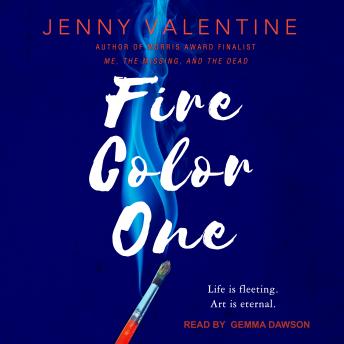 Sixteen-year-old Iris itches constantly for the strike of a match. But when she's caught setting one too many fires, she's dragged away to London before she can get arrested. At least, that's the story her mother tells. Soon Iris finds herself in the English countryside, where her millionaire father-a man she's never met-lives. Though not for very much longer.

Iris's father is dying, and her self-interested mother is determined to claim his life's fortune, including his priceless art collection. Forced to live with him as part of an exploitive scheme, Iris quickly realizes her father is far different from the man she's been schooled to hate, and everything she thought she knew-about her father and herself-is suddenly unclear. But there may be hidden beauty in Iris's uncertain past and hopeful future, if only she can see beyond the flames.