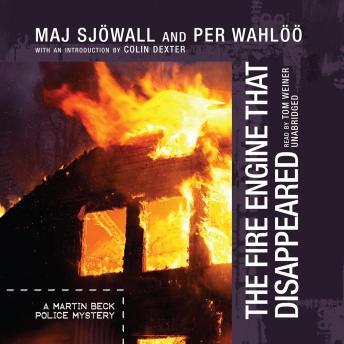 The Fire Engine That Disappeared

Gunvald Larsson sits carefully observing the dingy Stockholm apartment of a man under police surveillance. He looks at his watch: nine minutes past eleven in the evening. At that same moment, the house explodes, killing at least three people. Chief Inspector Martin Beck and his men don’t suspect arson or murder until they discover a peculiar circumstance linking the explosion to a suicide committed that same day. The dead man left a note consisting of just two words: Martin Beck.
This is the excellent next installment of the genre-pioneering Martin Beck detective series from the 1960s, widely recognized as the greatest masterpieces of crime fiction ever written.