Fire in the Ocean 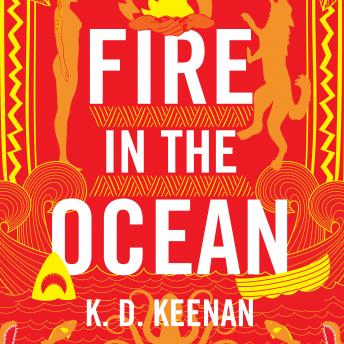 After saving the world once, Sierra's earned a vacation. She's thinking Hawaii. Sun, surf, a little bit of work (hey, it's still Sierra we're talking about), and sand are all she wants. So when an emergency calls her boyfriend away, she's not devastated. She can live with taking Chaco, Coyotl the Trickster, and surprisingly good friend when he's not wrapped up in his own schemes, instead. But when Chaco starts to look a little more than nauseous on the plane, their trip takes an ominous turn. Chaco's not just sick, he's mortal.

With a moody Chaco and the loveable but chaotic Fred, a mannegishi that can disappear at will, stowing away for the journey, Sierra's trying to make the best of a messy situation. The sun, surf, and sand are still there, and Hawaii is more breathtaking than she ever imagined.

Fire in the Ocean