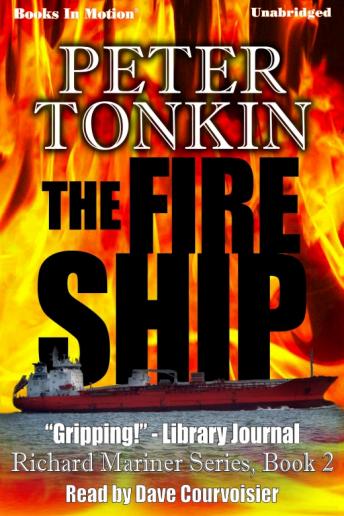 The freighter came like a ghost off the hazy horizon, strafed by gunfire, abandoned by her crew...and laden with explosives. Richard Mariner is aboard a new high-tech sailing vessel when he encounters the fire ship, never realizing it's only the beginning of a deadly adventure. As Mariner sails through the Indian Ocean, he learns the prize tanker in his family's fleet, Prometheus II, has been seized by terrorists in the Persian Gulf, and his father-in-law has been kidnapped in Bahrain. To wrest back what's rightfully his-and to protect his loved ones-he'll have to race through treacherous waters and take on a group of terrorist pirates that even the world intelligence agencies can't locate-a trial by fire Mariner can't afford to fail.