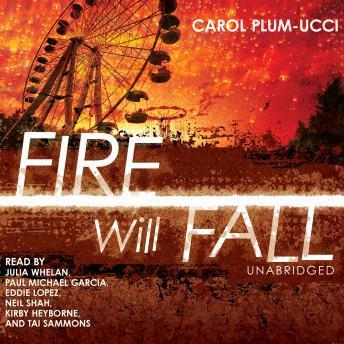 Bioterrorists watch and wait, ready to fuel another nightmare.

ShadowStrike poisoned the water of Trinity Falls two months ago. Now the Trinity Four, the teens most affected by the poison, have been isolated in a remote mansion under twenty-four-hour medical care while scientists on four continents rush to discover a cure.

For Scott, Cora, Owen, and Rain, life is anything but peaceful at the old Kellerton mansion. Boredom and resentment build as they struggle with annoying—and possibly fatal—symptoms, while dueling with their own personal demons.

Meanwhile, US operatives scour the world for the bioterrorists responsible for this heinous crime as two teen virtual spies, also infected, hunt for the criminals on the Internet. The danger remains real—for ShadowStrike has every reason to pursue the Trinity Four, and their evil plan will unleash a new designer virus that's even deadlier than the first.