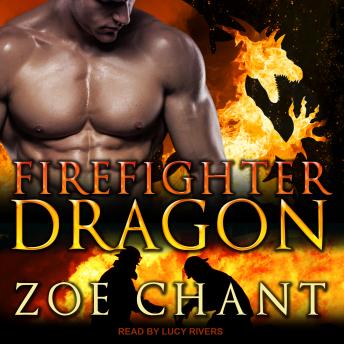 When curvy American archaeologist Virginia Jones finds the lost burial mound of an ancient Anglo-Saxon king near the English city of Brighton, she uncovers much more than she expected. Unearthing a priceless artifact summons an evil dragon who'll stop at nothing to claim the treasure for his own hoard. Trapped in a burning building by a beast that ought to be imaginary, Virginia's only hope is to call for emergency . . .

Dai Drake has an unusual occupation for a dragon shifter-he's a firefighter, part of an elite all-shifter crew. When he rescues Virginia from the blaze, he instantly recognizes her as his one true mate. But how can he tell her what she is, when the first dragon she ever met was a greedy, bloodthirsty monster?

As Virginia and Dai work together to save the artifact from falling into the wrong claws, the spark between them quickly grows to an inferno. But will his secret make their relationship go up in smoke?