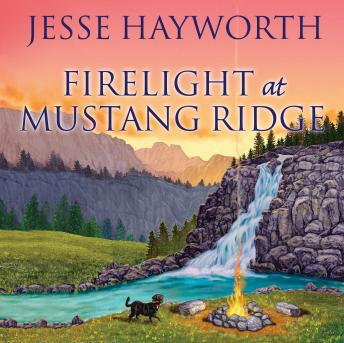 Ever since striking it big on a gemstone claim in the Wyoming mountains, Sam Babcock has known luck is on his side-except when it comes to the people he loves. When he forms a surprising connection with an alluring newcomer staying at his friend Wyatt's ranch, Sam starts to question everything he thought he knew.

Needing time and space to heal, former daredevil Danny Traveler is camping out in a valley beyond Mustang Ridge Dude Ranch. She wants to take care of herself for once, and a sexy cowboy might be just the distraction she needs. But when Danny discovers that there's much more to Sam than meets the eye, she begins to long for more than a casual fling. Can she convince the confirmed bachelor that it's worth changing his ways for a chance at long-term happiness?