The Fires of Spring: A Novel 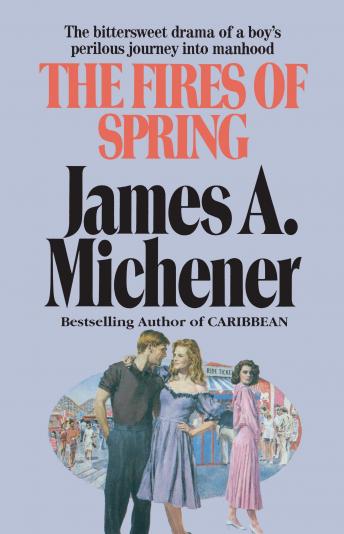 An intimate early novel from James A. Michener, now remembered as the beloved master of the historical epic, The Fires of Spring unfolds with the bittersweet drama of a boy’s perilous journey into manhood. David Harper is an orphan, seemingly doomed to loneliness and poverty. As an adolescent con artist and petty thief, David spends his days grifting at an amusement park, the place where he first learns about women and the mysteries of love. Soon he discovers that his longing to embrace the world is stronger than the harsh realities that constrain him. Featuring autobiographical touches from Michener’s own life story, The Fires of Spring is more than a novel: It’s a rich slice of American life, brimming with wisdom, longing, and compassion.

Praise for The Fires of Spring

“Michener is a gifted storyteller.”—Kirkus Reviews

Fires of Spring: A Novel