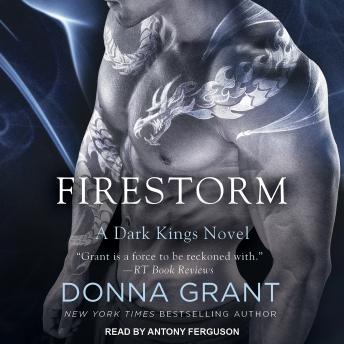 Dmitri lives to protect the secret of the Dragon Kings from the human race. Bound by a bond stronger than blood to the Kings, Dmitri uses his strength and prowess to defend a thousand-year-old secret. But when an oh-so-sexy, slightly absentminded archaeologist wanders into his midst, Dmitri will have to give up his rules, and give in to desire . . .

When Dr. Faith Reynold stumbles upon an ancient skeleton that appears to have come from a dragon, she's completely taken aback. A woman of science, there's no way in her mind that this mythological creature can exist. But when a devilishly handsome man named Dmitri intercepts her path to uncovering the truth, Faith's curiosity turns into all-consuming passion. She's never felt this way about any man before. But when Dmitri reveals his biggest secret, can she learn to love the man-as well as the dragon within?