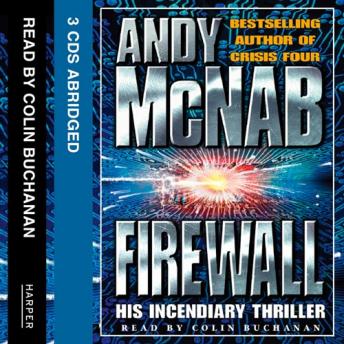 The incendiary new thriller from the bestselling author of Remote Control and Crisis Four.


Helsinki, December 1999, Nick Stone is on the run after ‘lifting’ one of the heads of what the intelligence services call ROC (Russian Organized Crime). A group of City investors is unhappy with the way the warlord’s activities have manipulated the markets, and they want him taken to St Petersburg for disposal.


Back in London, Stone is given the chance to earn enough money never to have to do this sort of work again. Officials believe that Russia has embarked upon a concerted espionage offensive and has stolen some of the West’s most sensitive military secrets. When Stone goes back to Finland, however, and from there into the former Soviet republic of Estonia, he finds himself caught between implacable opposing forces – to whom he is nothing more than a pawn in a much bigger game.

This title is due for release on February 6, 2006
We'll send you an email as soon as it is available!