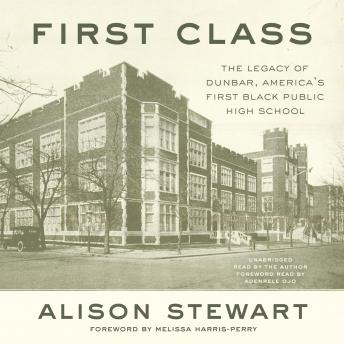 Dunbar High School in Washington, DC, defied the odds and, in the process, changed America.

In the first half of the twentieth century, Dunbar was an academically elite public school, despite being racially segregated by law and existing at the mercy of racist congressmen who held the school’s purse strings. These enormous challenges did not stop the local community from rallying for the cause of educating its children.

By the 1950s, Dunbar High School was sending 80 percent of its students to college. Today, as with too many troubled urban public schools, the majority of Dunbar students struggle with reading and math. Journalist and author Alison Stewart, whose parents were both Dunbar graduates, tells the story of the school’s rise, fall, and path toward resurgence as it looks to reopen its new, state-of-the-art campus in the fall of 2013.