The First Congress: How James Madison, George Washington, and a Group of Extraordinary Men Invented the Government 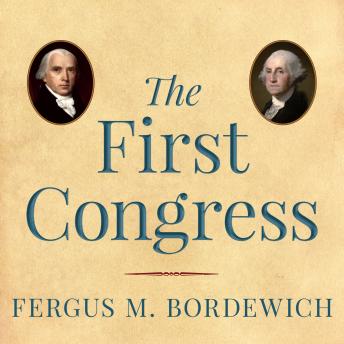 The First Congress was the most important in U.S. history, says prizewinning author and historian Fergus Bordewich, because it established how our government would actually function. Had it failed-as many at the time feared it would-it's possible that the United States as we know it would not exist today.

The Constitution was a broad set of principles. It was left to the members of the First Congress and President George Washington to create the machinery that would make the government work. Fortunately, James Madison, John Adams, Alexander Hamilton, and others less well known today, rose to the occasion. During two years of often fierce political struggle, they passed the first ten amendments to the Constitution; they resolved bitter regional rivalries to choose the site of the new national capital; they set in place the procedure for admitting new states to the union; and much more. But the First Congress also confronted some issues that remain to this day: the conflict between states' rights and the powers of national government; the proper balance between legislative and executive power; the respective roles of the federal and state judiciaries; and funding the central government.

First Congress: How James Madison, George Washington, and a Group of Extraordinary Men Invented the Government

This title is due for release on May 12, 2016
We'll send you an email as soon as it is available!