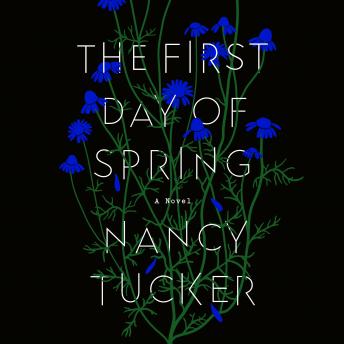 The First Day of Spring: A Novel

'A stunning debut...Suspenseful? You bet. Heart-rending? From beginning to end.'—The Washington Post

“Gripping…The voices of Chrissie and Julia reside deep in your skull: visceral and wicked, sad and wonderful, all at the same time.” —The New York Times

Chrissie is eight and she has a secret: she has just killed a boy. The feeling made her belly fizz like soda pop. Her playmates are tearful and their mothers are terrified, keeping them locked indoors. But Chrissie rules the roost -- she's the best at wall-walking, she knows how to get free candy, and now she has a feeling of power that she never gets at home, where food is scarce and attention scarcer.

Twenty years later, adult Chrissie is living in hiding under a changed name. A single mother, all she wants is for her daughter to have the childhood she herself was denied. That’s why the threatening phone calls are so terrifying. People are looking for them, the past is catching up, and Chrissie fears losing the only thing in this world she cares about, her child.

Nancy Tucker leaves the reader breathless as she inhabits her protagonist with a shocking authenticity that moves the reader from sympathy to humor to horror to heartbreak and back again.

First Day of Spring: A Novel