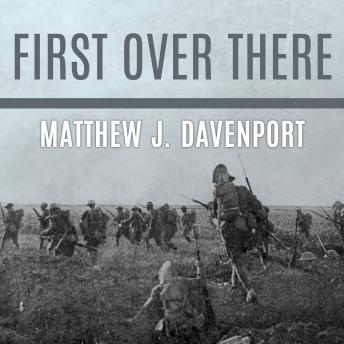 First Over There: The Attack on Cantigny, America's First Battle of World War I

At first light on Tuesday, May 28th, 1918, waves of American riflemen from the U.S. Army's 1st Division climbed from their trenches, charged across the shell-scarred French dirt of no-man's-land, and captured the hilltop village of Cantigny from the grip of the German Army. Those who survived the enemy machine-gun fire and hand-to-hand fighting held on for the next two days and nights in shallow foxholes under the sting of mustard gas and crushing steel of artillery fire.

Thirteen months after the United States entered World War I, these 3,500 soldiers became the first "doughboys" to enter the fight. The operation, the first American attack ever supported by tanks, airplanes, and modern artillery, was ordered by the leader of America's forces in Europe, General John "Black Jack" Pershing, and planned by a young staff officer, Lieutenant Colonel George C. Marshall, who would fill the lead role in World War II twenty-six years later.

Drawing on the letters, diaries, and reports by the men themselves, Matthew J. Davenport's First Over There tells the inspiring, untold story of these soldiers and their journey to victory on the Western Front in the Battle of Cantigny.

First Over There: The Attack on Cantigny, America's First Battle of World War I