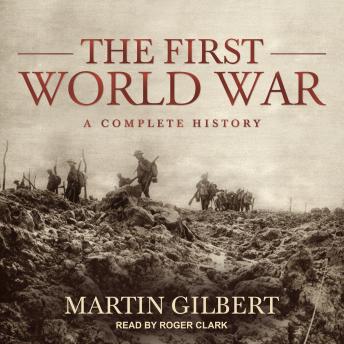 It was to be the war to end all wars, and it began at 11:15 on the morning of June 28, 1914, in an outpost of the Austro-Hungarian Empire called Sarajevo. It would officially end nearly five years later. Unofficially, however, it has never ended: Many of the horrors we live with today are rooted in the First World War.

The Great War left millions of civilians and soldiers maimed or dead. It also saw the creation of new technologies of destruction: tanks, planes, and submarines; machine guns and field artillery; poison gas and chemical warfare. It introduced U-boat packs and strategic bombing, unrestricted war on civilians and mistreatment of prisoners. But the war changed our world in far more fundamental ways than these.

In its wake, empires toppled, monarchies fell, and whole populations lost their national identities. As political systems and geographic boundaries were realigned, the social order shifted seismically. Manners and cultural norms; literature and the arts; education and class distinctions; all underwent a vast sea change.