A Fistful of Charms 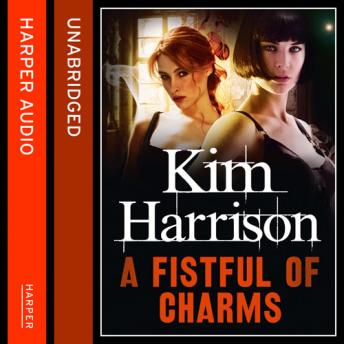 
There's no rest for the wicked, even when the taint on your soul isn't your fault.


It would be wise for witch and bounty hunter, Rachel Morgan, to keep a low profile right now. Her new reputation for the dark arts has piqued the interest of Cincinnati's night-prowlers, who despise her and long to bring an end to her interference, one way or another.


Nevertheless, Rachel must risk exposure. Her ex-boyfriend, Nick, has stolen a priceless Were artefact, and, as tempting as it may be to let the Weres him apart, Rachel feels obliged to attempt a rescue. But other sinister forces also covet the relic Nick has hidden. Some who desire it so badly, they will take the city – and everyone in it – apart to wield its frightening power.