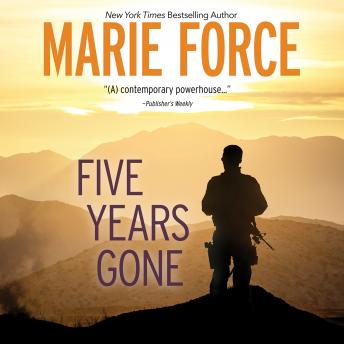 I knew on the day of the attack that our lives were changed forever. What I didn't know then was that I'd never see John again after he deployed. One day, he was living with me, sleeping next to me, making plans with me. The next, he was gone. That was five years ago. The world has moved on from that awful day, but I'm stuck in my own personal hell, waiting for a man who may be dead for all I know. At my sister's wedding, I meet Eric, the brother of the groom, and my heart comes alive once again. Then the world is riveted by the capture of the terrorist mastermind, brought down by U.S. Special Forces in a daring raid. Now I am trapped between hoping I'll hear from John and fearing what'll become of my new life with Eric if I do.