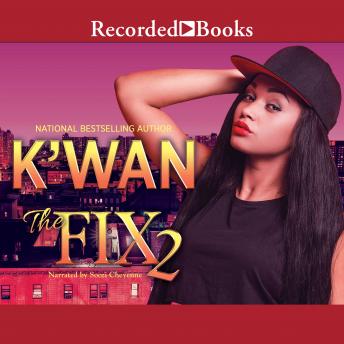 Two lives . . . two paths . . . one tragic outcome. The Fix 2 is in and the game is afoot! The past few months have been a living hell for Persia. Seemingly overnight, she has fallen from grace and found herself scraping rock bottom, all in the name of two lovers-Chucky and cocaine. One was supposed to love her and the other take away the pain, but they've both fallen short on their promises. The last time she saw either one of them was the night she almost lost her life. It has taken a bout of physical therapy and a stint in a rehabilitation center for Persia to be able to start pulling together the pieces of the life she almost ruined. She's living at home with her mother and stepfather and is refocused on school. For the first time in what seems like forever, she is finally able to enjoy life as an average teenage girl trying to graduate from high school. That's when they get the phone call that sends everything to the left. As Persia struggles with her demons, her childhood friend Li'l Monk is embracing his. Under the tutelage of the vicious crime lord Ramses, Li'l Monk is quickly making his way through the ranks of the Pharaoh's army and creating a name for himself on the streets as a ruthless killer. Just as his father, Big Monk, had always predicted, he is walking a mile in his daddy's bloody shoes. As cold as Li'l Monk's heart is, however, he still has a soft spot for his old friends. When a childhood pal comes to him for a favor, Li'l Monk finds himself with blood on his hands and dirt on his name. When the double cross knocks him out of favor with Ramses, Li'l Monk is left with two options: kill or die. K'wan delivers another instant street classic that is sure to keep him at the top of the charts.