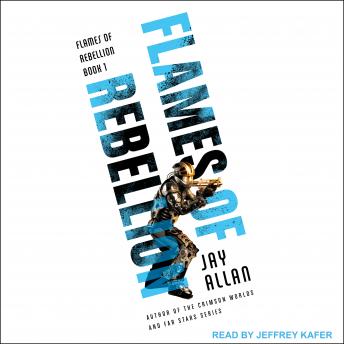 The planet Haven slides closer to revolution against its parent nation, Federal America. Everett Wells, the fair-minded planetary governor, tried to create a peaceful resolution, but his failure has caused the government to send Asha Stanton, a ruthless federal operative, to quell the insurgency.

Wells quickly realizes that Stanton has the true power . . . and two battalions of government security troops under her control. Unlike Wells, Stanton is prepared to resort to extreme methods to break the back of the gathering rebellion. But the people of Haven have their own ideas. They are not the beaten-down masses of Earth, but people with the courage and fortitude to tame a new world.

Damian Ward is such a resident of Haven, a retired veteran and decorated war hero, who has watched events on his adopted world with growing apprehension. He sympathizes with the revolutionaries, but he is loath to rebel against the flag he fought to defend. That is, until Stanton's reign of terror intrudes into his life-and threatens those he loves. Yet the battle-scarred warrior knows that even if Haven's freedom fighters defeat the federalists, the rebellion is far from over . . . it's only just begun.