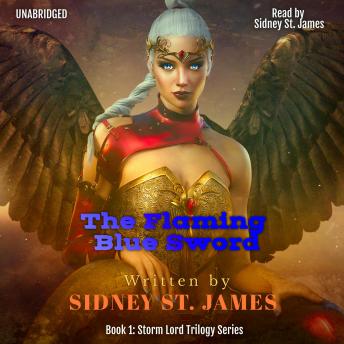 Angelica Thompson, an award-winning romance novelist, decides to end her turbulent relationship back home in Denver and heads to a secluded spot on the shores of Black Rock Cove in Oregon. Writer’s block prevents her from finishing her last novel in her paranormal romance series, and she is being pressured by her publisher, BeeBop Publishing Group, to finish by the end of the summer.

The novelist discovered how vividly her mind’s thoughts and dreams came alive the first night of her arrival. Her imagination of a dead sea captain, a black panther pouncing on her for his evening meal, and falling to her death in a cove hundreds of feet below are only the beginning.

Janie, her new friend, awakens her in her cottage. Was she awakened during a dream, or… could it be real?

An ancient prophecy of destruction has been set into motion, and what destiny has in store for Angelica and the entire village of Black Rock Cove is more significant than anyone could imagine.

She sits on the front porch staring out to the sea while her mind gets lost in another dream. She can see Black Rock Cove off in the distance, standing like that of a skeleton. She dreams of barren wastelands, empty now that disease took over whatever the fire didn’t. Even the Pacific Ocean stood still like a semi-stagnant pool of death and decay. There are no waves, as even the wind appears to have left the earth. The skies are barren… with no seagulls flying over or squawking their usual morning sounds. All the while, the oppressive heat came down like the breath of Lucifer himself!

The end is coming! That is unless Angelica and the others learn to believe in what is about to happen and trust each other. If not, they may never unravel the mystery surrounding the death of Jonathan Knight from two hundred years ago.

Is the black panther what he appears to be, or is there something strange in how he comes and goes?