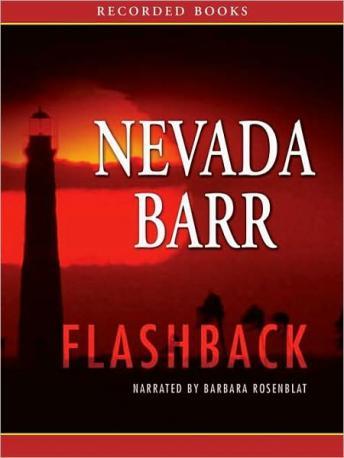 Running from a proposal of marriage from Sheriff Paul Davidson, Anna Pigeon takes a post as a temporary supervisory ranger on remote Garden Key in Dry Tortugas National Park, a small grouping of tiny islands in a natural harbor seventy miles off Key West. This island paradise has secrets it would keep; not just in the present, but in shadows from its gritty past, when it served as a prison for the Lincoln conspirators during and after the Civil War. Here, on this last lick of the United States, in a giant crumbling fortress, Anna has little company except for the occasional sunburned tourist or unruly shrimper. When her sister, Molly, sends her a packet of letters from a great-great-aunt who lived at the fort with her husband, a career soldier, Anna's fantasy life is filled with visions of this long-ago time. When a mysterious boat explosion-and the discovery of unidentifiable body parts-keeps her anchored to the present, Anna finds crimes of past and present closing in on her. A tangled web that was woven before she arrived begins to threaten her sanity and her life. Cut off from the mainland by miles of water, poor phone service, and sketchy radio contact, and aided by one law-enforcement ranger, Anna must find answers or weather a storm to rival the hurricanes for which the islands are famous.

This title is due for release on October 24, 2008
We'll send you an email as soon as it is available!