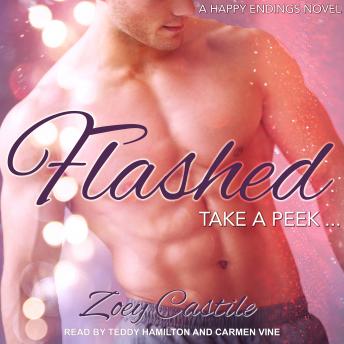 A former soccer player, stripper, and model, legendary party boy Patrick Halloran finally gets his big break starring in the summer blockbuster. But when an accident leaves him changed forever, he hides away in his secluded Montana ranch. Only his new housekeeper is allowed inside-with one rule: she's not allowed to see him. But Pat sees her, and she's the most stunning woman he's ever laid eyes on. Even her voice is beautiful. Still, Pat can't allow himself to get close to anyone. Not without a fight at least . . .

Magdalena 'Lena' Martel is a long way from Queens, New York. After a rough patch, the aspiring artist is working her way through college-even if it means keeping house for a man whose gruff voice she can only hear through a closed door. Still, Lena senses Pat's got a good heart, maybe even a lovable one. She's intrigued-until his anger sends her running into the freezing woods. Now Pat will have to find her-and when he does he may have found the one woman who can thaw his heart-not to mention the rest of him. But can their new bond survive the paparazzi-and their personal demons?