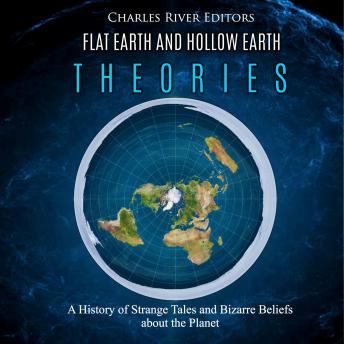 Flat Earth and Hollow Earth Theories: A History of Strange Tales and Bizarre Beliefs about the Planet

The world is filled with mysteries, and even in the modern age, much of the planet remains unexplored. The depths of the oceans and the intricate and extensive cave systems that honeycomb some parts of the Earth are still largely unknown. Thus, it should come as no surprise that when it comes to this terra incognita, people have projected all sorts of ideas. Tales of sunken cities or lost civilizations are just some of the fanciful theories, and those could even be considered tame in comparison to the idea that Earth is flat and/or hollow.

Despite this notion being rejected by the scientific community for millennia, and despite the fact that geology, volcanology, oceanography, and physics have all proven that the planet is not flat, the idea of a hollow Earth continues to intrigue people and gain eager and sincere adherents. This is made all the more remarkable by the fact that space programs are more than 60 years old, and people can fly around the world on planes in a matter of hours.

Taken at face value, the ideas are patently ridiculous, but they provoke strong emotions in some people, sincere people who have thought extensively about their beliefs. These people feel they are privy to a hidden truth, and that the rest of the world is wrong and ignorant, but this feeling of mental superiority isn’t the only appeal in clinging to radical notions. There is also the thrill of adventure, the feeling that one is part of a dangerous minority attempting to overthrow the dominant paradigm. It is far better, some would feel, to live in a world full of mystery and hope than a decaying, “rational” world where everything can be explained but nothing solved.

Flat Earth and Hollow Earth Theories: A History of Strange Tales and Bizarre Beliefs about the Planet offers a sampling of the many strange stories and theories regarding the planet’s surface and interior. Along with pictures of important people, places, and events, you will learn about the theories like never before.

Flat Earth and Hollow Earth Theories: A History of Strange Tales and Bizarre Beliefs about the Planet