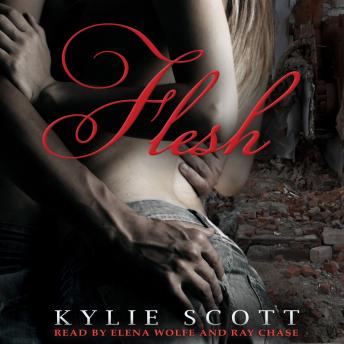 
Ali has been hiding in an attic since civilization collapsed eight weeks ago. When the plague hit, her neighbors turned into mindless, hungry, homicidal maniacs.


Daniel has been a loner his entire life. Then the world empties, and he realizes that being alone isn't all it's cracked up to be.


Finn is a former cop who is desperate for companionship and willing to do anything it takes to protect the survivors around him.


When the three cross paths they band together; sparks fly, romance blooms in the wasteland, and Ali, Daniel, and Finn bend to their very human needs in the ruins of civilization. Lust, love, and trust all come under fire in Flesh as the three battle to survive, hunted through the suburban wastelands.