The Flicker Men: A Novel 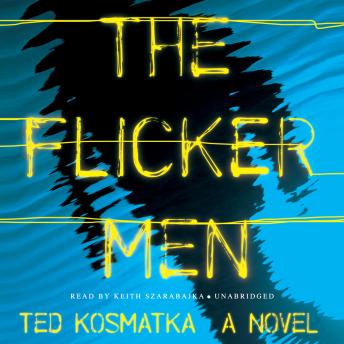 A quantum physicist shocks the world with a startling experiment, igniting a struggle between science and theology, free will and fate, and antagonizing forces not known to exist.

Eric Argus is a washout. His prodigious early work clouded his reputation and strained his sanity. But an old friend gives him another chance, an opportunity to step back into the light.

With three months to produce new research, Eric replicates the paradoxical double-slit experiment to see for himself the mysterious dual nature of light and matter. A simple but unprecedented inference blooms into a staggering discovery about human consciousness and the structure of the universe.

His findings are celebrated and condemned in equal measure, but no one can predict where the truth will lead. And as Eric seeks to understand the unfolding revelations, he must evade shadowy pursuers who believe he knows entirely too much already.

“Kosmatka effectively harnesses his impressive imagination in the service of a mind-blowing plot in this outstanding SF thriller…Ingenious plot twists, well-realized characters, and superior prose elevate this above similar books.”—Publishers Weekly (starred review)