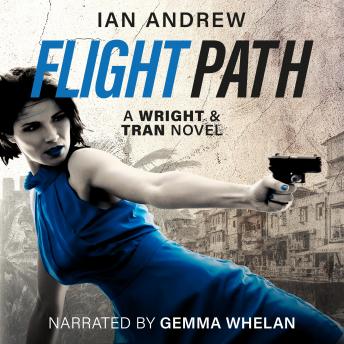 Wright & Tran are back!

Kara Wright is a former Royal Air Force Intelligence Analyst. Her best mate, Tien Tran, is a veteran of the British Army's Intelligence Corps. Both served in Afghanistan and both were lucky to make it home. Now they are private investigators with an intriguing new taskmaster.

When a local celebrity DJ goes missing, presumed dead, the enigmatic Franklyn tasks Kara and Tien to investigate. Within days the women are embarked on a pursuit that leads halfway around the globe and into the darkest recesses of the human condition. Kara, Tien and their team will endure mental stress worse than anything they experienced from combat and, like combat, not everyone makes it home.

…Wright and Tran are the best in the business. Andrew's own experience working with Military Intelligence provides his work with authenticity and heart… He is an author who can be relied upon to deliver a good – no, much more than that – a great read. The West Australian