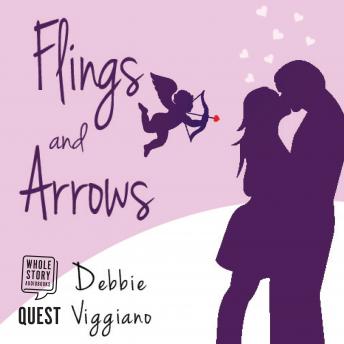 Steph Garvey has been married to husband Si for 24 years. She thought they were soulmates until recently. Si is worried about middle-age spread and money. He's also aware things aren't right with Steph, But Si has forgotten the art of romance. Their son Tom has finished Sixth Form. He knows where he's going regarding a career, but not quite so sure where he's going regarding women. Widowed neighbour June adores the Garveys as if her own. And although she's 70, she's still up for romance. But then Cupid's arrow misfires causing madness and mayhem. Steph rekindles a childhood crush with Barry Hastings; Si unwittingly finds himself being seduced by barmaid Dawn; June discovers Harry is more than hot to trot; and Tom's latest strumpet impacts on all of them. Will Cupid's arrow strike again and, more importantly, strike correctly? There's only one way to find out....